One of Leeds’ favourite Call Lane cocktail bars is going to be opening a second site over in Harrogate.

One of Call Lane’s most popular bars, Roland’s, has revealed plans to open a second site in the centre of Harrogate.

The hugely successful Leeds cocktail bar, known for its grown-up atmosphere, killer cocktails and swanky hidden rooftop garden, has managed to land a second unit in nearby Harrogate off the back of its on Call Lane.

What was once a Moss Bros clothing store on Parliament Street, Harrogate will be converted into the second bar for Roland’s Cocktail Bar.

The cocktail bar originally opened in Leeds back in 2014 but plans to expand across Yorkshire.

At present, Harrogate Borough Council has approved plans for the new cocktail bar along with their licence application.

The licence suggests that the bar will open from 10 am until 2.30 am every day of the week, so there will certainly be enough time to take in Rolands’ new home and compare it to the debut Leeds venue.

According to ELG Planning, the company working on behalf of Rolands, the cocktail bar has considered a number of venues over the past five years, but finally have settled in Harrogate.

Rolands will join the Harrogate Arms, Revolución de Cuba, Mojo, Viper Rooms and Wetherspoons on Parliament Street and hope to not fall fate to the mass closure the road has seen in recent years.

Jamie’s Italian and Wagyu Bar and Grill both have closed after struggling to survive in the popular Harrogate location.

It is not clear when the new Roland’s venue will open, but the owners will certainly strive to ensure that they continue to serve up “exceptional drinks, great music and a good time“.

The Leeds Call Lane location currently hosts a courtyard, roof-terrace and indoor space. The cocktail bar has created a signature collection of drinks since their opening, which are available to drink inside the bar and to takeaway.

For more information, keep an eye on Roland’s Facebook page. 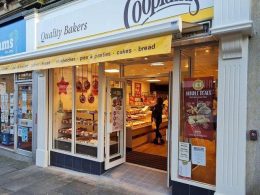 Cooplands is opening a new Leeds bakery on Otley road 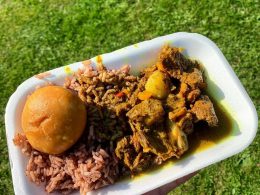 The free-to-attend festival will celebrate an array of national dishes in a celebration of African and Caribbean heritage and culture.
byGeorgina Pellant
91 shares
91
0
0 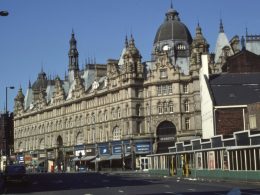 A huge vegan festival is coming to Kirkgate Market 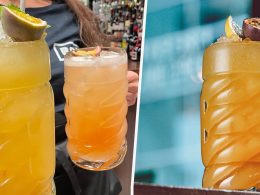