Taking home 59.8% of the vote, she now lays claim to the title of first female metro mayor in England.

But many may not know that, before launching her political career, Brabin was a successful actress and television writer – appearing in a host of tv, film and theatre productions.

The politician has appeared on popular TV soaps EastEnders, Casualty, Holby City, Doctors and Emmerdale, but is best known for her role as Coronation Street‘s Tricia Armstrong from 1994 to 1997.

She first arrived on the Cobbles as Tricia, when her son Jamie was suspected of shoplifting at Bettabuy.

Moving to the street permanently in 1995, she lived at number 1 and famously went to prison in the show for not paying her TV license. She went on to give birth to her second son, Brad, in the Rovers Return after concieving him in a one night stand with Jack Duckworth.

Now, she will be overseeing the region of 2.3 million people with her new role giving her greater powers over transport and crime across Leeds, Calderdale, Kirklees, Bradford and Wakefield.

Thanking the people of West Yorkshire in her acceptance speech, she said: “Growing up on a council estate, I never imagined I’d be elected to represent my community in parliament let alone the first ever woman metro mayor in the country – our politics is better with women at the top table.”

“Whether you voted for me or any of the other candidates, I will work to make West Yorkshire better for you and your family. It is an honour that I just can’t put into words to be standing here today as the first-ever mayor of our wonderful, dynamic and creative West Yorkshire region.”

Brabin has already been the MP Batley and Spen MP for the past five years, elected to the seat following the murder of sitting MP Jo Cox by a far-right terrorist in June 2016.

The Labour politician was confirmed as the victor in West Yorkshire’s inaugural mayoral elections late on Sunday 9th May, giving a much-needed boost to Kier Starmer’s opposition party following a string of losses including the ‘safe’ seat of Hartlepool, held by the party since 1964.

Leeds city councillor and Conservative candidate Matthew Robinson was runner-up with 40.2%, with the Yorkshire party’s Bob Buxton coming in third place – ahead of both the Greens and Liberal Democrats.

Her election to the new position, however, triggers a by-election in her Batley and Spen constituency – as her mayoral role’s new powers over police and crime conflict with electoral commission rules for sitting MPs.

The estimated date for this, according to Labour party sources, is currently 22nd July. With the Conservatives setting their sites on Batley Spen as a key northern marginal,

The ability to make a strategic plan and raise an infrastructure tariff has been removed from her remit, with the government saying it wants to first reform them nationally before giving them back.

What has she promised?

Job creation is her main priority, with a focus on rebuilding the local economy following job losses resulting from Covid.

In a pledge that echoes that of her Labour colleague and newly re-elected Manchester mayor Andy Burnham, she has also pledged to improve transport infrastructure.

Brabin has made commitments to bring buses back into public control and organise a new mass transit system linking together Leeds, Huddersfield, Wakefield, Halifax and Bradford.

The BBC reports that there is already £4.2bn ready for a tram system for West Yorkshire, with her new role worth an additional £1bn – making it the biggest devolution deal in the country.

Her appointment as mayor also makes her a figurehead for the region, meaning she will be expected to stand up for West Yorkshire and hold the government to account.

Given how she handled the very public pile on regarding her parliament outfit choice in early 2020, though, we expect she’s got the mettle to pull this off. 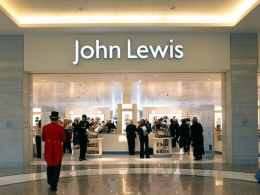 "We’re confident that this is the right approach for us.”
byThe Hoot 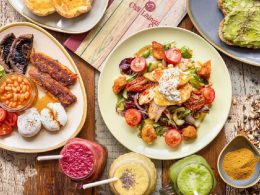 Whether you're vegan, veggie or just want a meal that you know won't have a negative impact on the environment, here's the best sustainable cafes in Leeds.
bySophie Smith 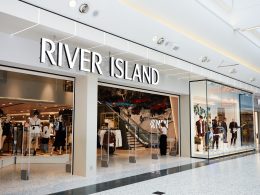 New and returning students can save up to 30% off.
byClementine Hall