A little sandwich shop in the village-like suburb of Chapel Allerton has been crowned the best in the North.

Known for its specially-cured bacon and superb menu of cakes and hot drinks, The Country Crust Sandwich Shop took home the title of ‘sandwich shop of the year’ at the 2021 North West Prestige Award.

The cafe was bought by husband and wife team Michelle and Jason Burns seven years ago on a whim. The pair stumbled across an advertisement showing it for sale on Facebook after a few glasses of wine, and history was made.

The pair both built their careers in the corporate world, with Jason previously working for a big gourmet baking company based in Hull.

Initially run by Jason and their daughter, today it is a fully-fledged family affair with Michelle leaving her day job to join the team three years prior.

They pride themselves on supporting local businesses, sourcing nearly 90% of their stock from neighbouring suppliers.

But there’s one product in particular that keeps drawing the customers in – and that’s their specially cured bacon.

Country Crust are the only place in Leeds to sell it, acquiring it specially from some friends in Scunthorpe.

As well as some top-notch sarnies, the Country Crust cafe also sells baked potatoes, salad boxes and loads of Lincolnshire sausages alongside a range of hot and cold drinks.

The couple, who were nominated anonymously, collected their award from the Blackwell Grange Hotel in Darlington last week and are absolutely thrilled with the news. 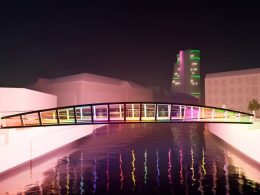 David Oluwale left behind a social and cultural legacy, and a bridge will now commemorate the life of the man.
bySophie Smith
14 shares
14
0
0 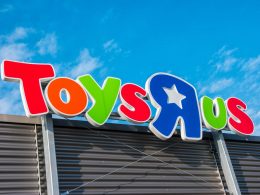 Whatever your spice level, this clothing line has got you covered.
byThe Hoot