An incredible achievement for such a worthy cause.

Leeds Rhinos star Sir Kevin Sinfield has been hailed as a “true hero”, as his incredible seven-day fundraising challenge surpasses the £2m mark.

Sir Kevin Sinfield ran seven ultra-marathons in as little as seven days, having set off from Murrayfield, in Edinburgh on Sunday 13 November 2022.

The challenge was in aid of a host of motor neurone disease charities, inspired by friend and former team mate Rob Burrow.

The challenge saw the former Rhinos captain run over 60km a day each day, in order to reach his final destination in time which was The Old Trafford in Manchester, during the Rugby League World Cup final on Saturday 19 November.

And reach his final destination he did, Sir Kev was greeted to a roaring standing ovation from a near full-capacity crowd inside the stadium once his gruelling challenge came to an end.

Speaking to the crowd at Old Trafford, Kevin said: “It’s all about friendship and the love for Rob. Everyone probably feels the same way about Rob as I do, he is an absolute champion.”

Sinfield took up the challenge in honour of his former Leeds Rhinos teammate and pal Rob Burrow, who was diagnosed with MND three years ago. Kevin and Rob shared an emotional exchange when Sinfield passed through Headingley, Leeds on day 6 of his challenge.

Sinfield’s aim with this challenge was to raise £777,777 for people living with MND, which would be split between Motor Neurone Disease Association, Leeds Hospitals Charity, The Darby Rimmer MND Foundation, My Name’5 Doddie Foundation and MND Scotland.

But by yesterday morning, the donation page had shown that this original figure had been obliterated and an unbelievable £2 million pounds had been raised.

Leeds Rhinos have said they are proud of his incredible achievements. They tweeted “He did it. Unbelievable achievement and over £1,400,000 raised for #MND. We are so proud”. 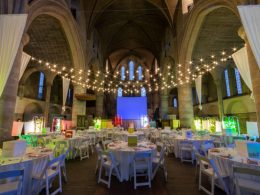 A live serial killer talk focusing on some of history's most infamous murderers is coming to Leeds city centre in October.
byThe Hoot
1 share
1
0
0 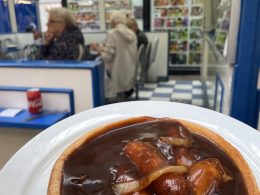 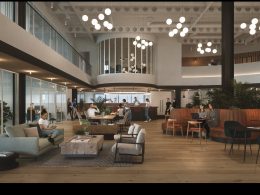 The new work, wellness and social space to open in Leeds Dock

The work, wellness and social concept will operate at the four-floor site at Leeds Dock.
byClementine Hall This Leeds bar is hosting a burlesque bottomless brunch in April