A new mural has been unveiled in Leeds for the Olympics

Dedicated to Team GB, the new mural has appeared in Leeds ahead of the start of the Olympic Games in Tokyo.

Created by local artist  Nicolas Dixon, who is also known for painting Leeds’ iconic Bielsa The Redeemer painting in Wortley, it features fifteen different sports – all of which will be played at this year’s Olympic Games.

Dixon met with local children from Holy Family Primary School in Armley before starting the painting and drew inspiration from their suggestions.

The mural is one of ten set to appear across the country, with artists selected by Global Street Art who is running the project.

“We did some workshops with the kids at Holy Family to find out what really inspired them about the Olympics and how that could be represented through art,” said Dixon.

“It was a great way of getting them involved and they seemed to really enjoy the final piece.

“It was a bit of a race against time to get it finished in the end as I was trying not to miss England playing in the Euros and we had a lot of rain in the last couple of days before it was due to be finished.

“I managed to get it done with just an hour to spare but am really pleased with it.

“It’s something to give our athletes a bit of a cheer from home as they won’t have many supporters out there to support them because of the Covid restrictions.”

You can find the new mural by Dixon on the side of The Edge sports complex at Leeds University. 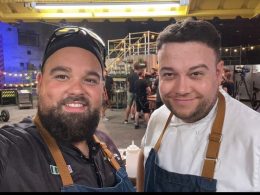 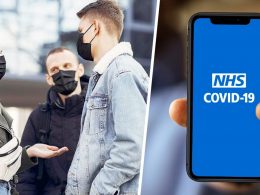 England will officially enter Plan B restrictions in response to data emerging around the new Omicron variant, the…
byGeorgina Pellant
18 shares
18
0
0 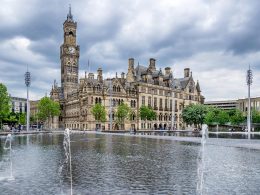 9 things you never knew about Bradford

Bradford's history and culture is a rich as any other town in the UK.
byJosh Teal
49 shares
49
0
0 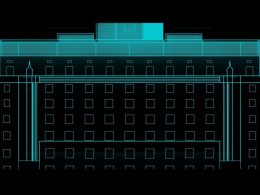