An exciting return for the festival.

Live At Leeds: In The City has announced its festival line-up.

Keeping the biggest up-and-coming indie artists in Leeds for another season, Saturday 15 October will see the city centre transform into every music-lovers dream at much-loved city centre festival Live At Leeds: In The City, with sets from the likes of Pale Wales, Thomas Headon and Palace playing until the early hours.

The news comes just days before debut expansion of Live At Leeds: In The Park takes over Temple Newsam over the Jubilee weekend. Holly Humberstones, The Vaccines, Bombay Bicycle Club, Arlo Parks, Easy Life and Sea Girls are just some of the indie talent to be expected at the one-day festival.

The first headline act to be announced for the In The City version is welcoming guitar-pop sensation Pale Waves. Anthems like ‘Television Romance’, ‘Change’, ‘There’s A Honey’, ‘She’s My Religion’ and latest cut ‘Lies’ (taken from their upcoming third album ‘Unwanted’) are guaranteed to turn Live At Leeds: In The City into a self-proclaimed “goth-drenched celebration” like no other.

Whilst Pale Waves will put on an impressive standalone performance without any need for additional acts, there will be plenty more up-and-coming bands and solo artists to keep warm up the crowds around Leeds.

The following artists have been confirmed to appear at Live At Leeds: In The City 2022:

Tickets start at £39 each and are available for purchase, along with any other information you might need about the festival on the Live At Leeds: In The City website.

Of course, if you can’t wait until the autumn to check out the biggest names in indie music, Live At Leeds: At The Park is taking place on Saturday 4 June 2022 at Temple Newsam. 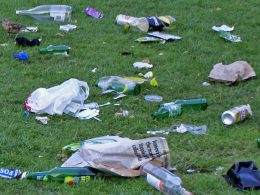 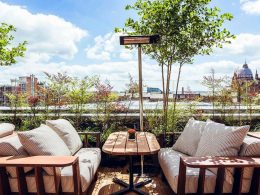 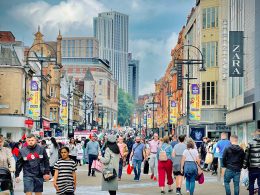