The ‘English pizza’ chain in China that’s inspired by Leeds

A former foreign student was so taken with Leeds that when he returned to China he set up his own chain of ‘English pizza’ restaurants.

Whilst Li Zhu studied at Leeds Beckett University, he took a job at a local Domino’s pizza to help fund him through his undergraduate and masters courses in business.

He fell in love with English food and culture, and after leaving his Domino’s management job and returning to China he started to miss the city he’d called home for seven years.

So in 2011, two years after moving back, he set up his own tribute to the city: a Leeds-inspired pizza restaurant in his hometown, Changsha.

Ten years later, he has a chain of restaurants across China but insists the food is as authentically “British” as ever.

Specialities of the pizza restaurant include the Leeds sirloin steak and the Leeds fillet steak.

Called Leeds Pizza, the chain emulates the takeaway style of pizza popular in England and has reportedly amassed a lot of international fans.

“I started missing the British delicacies and pizzas especially, and hoped for friends and family in my hometown to try these foods,” said Li.

“It was named Leeds because I love Leeds, and it’s where I learnt my skills.”

“I’m so happy to bring the local cuisine and culture of Leeds to the people of my hometown and international friends.

“I want more people to know about Leeds and hope one day the locals of Leeds have a chance to come and visit Changsha – it’s the Chinese fashion capital with beautiful scenery.” 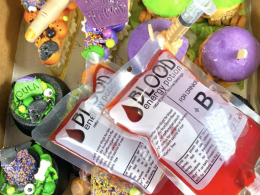 Oula Creative Catering bring far more than colour and sass to large catered events, their takeaway for two has the ultimate Halloween treats inside too.
bySophie Smith 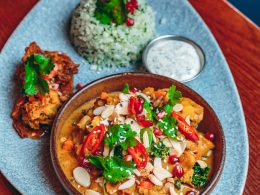 Banyan is offering 50% off all plant-based dishes for Veganuary

Start of veganuary in style and get 50% off all Banyan food and tuck into a range of delicious plant-based treats.
bySophie Smith 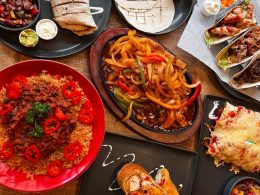 Beard Meats Food is just one of the challengers for this supersize menu.
bySophie Smith
1 share
1
0
0 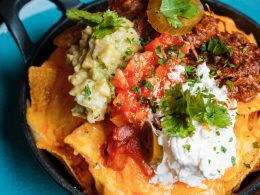 This Leeds bar is serving ‘planet-friendly BBQ nachos’ for Veganuary

Vegan food: 50% off and delicious. What more can you ask for this January?
bySophie Smith