Plans being floated for the development of Temple Works could include the creation of a new ‘landmark’ public square in Leeds.

Planning chiefs are aiming to create a new vision for how Temple Works and its surrounding area will look in the next ten years as part of plans to pour huge amounts of money into its development over the next decade.

Earmarked as a potential new home for a new British library of the north, there is currently much excitement around the idea of the historic building being revamped into a new archive by the end of the decade.

Members of the council met on 5 August and decided to put an extra £5 million pounds into the project in the hopes of attracting the new library.

Council officers also met to discuss a planning brief for the area – with a “landmark public square to enhance the setting of Temple Works” notably included amongst the suggestions.

A report prepared to go before the councillors read: “Temple District includes a mix of historic buildings which reflect the industrial heritage of the area but are now in varying levels of condition, with Temple Works at its heart.

“There are a number of vacant buildings, previously in industrial and warehousing use, with some activity in the viaduct archways, and light industrial uses at Leodis Court, opposite the Temple Works façade. There’s also a vast amount of cleared land along Sweet Street West and Bath Road.”

“The ambition for Temple District is the creation of a vibrant and distinctive new mixed-use neighbourhood which acts as an exemplar for sustainable development, enhances the setting and secures the future of an internationally-significant listed building, and delivers on a long-standing ambition for large scale regeneration of the area as a focal point for Leeds south bank.”

The proposal also referred to ongoing work on Globe Road and Water Lane and proposals for Drapers Yard.

According to reports, the brief is expected to be approved for use in November 2021. 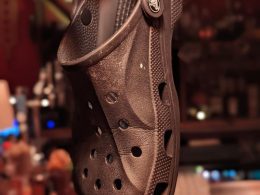 "Were you in a rush to make it home before midnight? Did your Uber turn into a Pumpkin?"
bySophie Smith 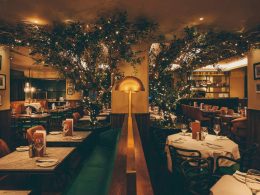 Restaurant ‘no-shows’ on the rise again as Gusto reports more than 1,000 in a week

"We’re confident that this is the right approach for us.”
byThe Hoot 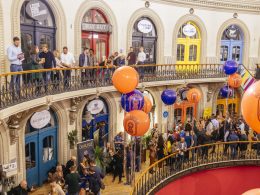 There’s a festival dedicated to rum coming to Leeds

This will be the sixth annual rum festival event.
bySophie Smith
11 shares
11
0
0