The BBC is releasing a new drama telling the story of prolific sex offender Jimmy Savile’s life – and Steve Coogan has been cast to play him.

The Alan Partridge actor will take on a more serious role in new BBC drama The Reckoning, will will tell the story of Savile’s life and the abuse scandal that surrounded it.

Producers at the BBC have worked with Savile’s victims to tell their stories with “sensitivity and respect”.

Written by Neil McKay – also behind a drama about serial killer Fred West called Appropriate Adult – the new drama will tell the story of the Top of the Pops and Jim’ll Fix It presenter’s life.

Speaking on the decision to take on the role, Coogan said he had not made it lightly and called the story of Savile’s life “horrific” but said it needed to be told.

He said: “To play Jimmy Savile was not a decision I took lightly. Neil McKay has written an intelligent script tackling sensitively an horrific story which – however harrowing – needs to be told.”

Whilst it’s understood that some of Savile’s victims did report abuse during his lifetime, it wasn’t until his death that the allegations properly came to light.

The DJ and television presenter had raised millions of pounds for charity but also abused scores of victims over a 50 year period. Following his death at 84, it was revealed in a report that 72 of his victims were connected with his work at the BBC – including eight who were raped.

Some TV viewers have expressed strong feelings about the move online. One Leeds viewer said, “Think of all his victims why should his name be glorified in a drama absolutely sick and especially the BBC that covered up for him over all them decades.”

Another said, “I was a victim of his and this has brought back horrible flashbacks, it’s sickening to do it.”

A further person said, “It needs to be aired but it’s cruel to do so because the amount of victims that haven’t come forward but I think its gunna make a point of even if ya famous and friends in high places they will out you.”

And someone else added, “This is the bbc making money on something they covered up for years. How on earth the bbc are allowed to do this…..it’s shocking.” 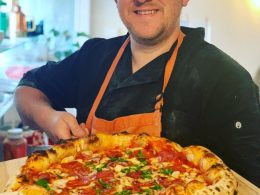 From golf to award-winning pizza: meet the Rothwell pizzaiolo who honed his trade on Youtube 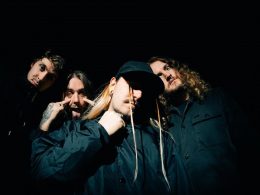 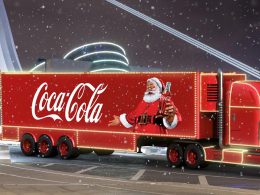 Holidays are coming and Coca-Cola are getting ready to hit the roads and spread their festive joy in Leeds.
bySophie Smith