A live show examining what exactly makes someone a serial killer is coming to Leeds this October, bringing all those true crime documentaries you watched during lockdown to life in a live theatre experience.

Hosted by one of the UK’s most notable psychological therapists and crime commentators, Emma Kenny, the three-hour show will give guests a unique insight into the mind of a serial killer.

Kenny specialises in victimology and is known in the media for presenting a host of TV crime shows, including the likes of Britain’s Darkest Taboos, Lady Killers, and The Killer in My Family.

Throughout her career to date she has presented over seventy different crime shows, analysing some truly horrific crimes along the way that have occurred both here in the UK and across the pond in the US.

In the talk, she explores what makes a killer and explains why some people can be born into a seemingly normal, trauma-free family and still end up becoming a murderer.

Whilst might want to believe that we’d know if we were to come face to face with a serial murderer, according to Kenny they are much harder to spot than you might think.

For those who have spent the majority of lockdown on their sofa watching every true-crime documentary on Netflix, this won’t come as so much of a surprise.

After all, some of the world’s most notorious serial killers got away with what they were doing for so long simply because they came across as so ‘normal.’ The sad truth is that anyone can fall foul of a serial killer – as history has shown many times.

Throughout the show, Emma Kenny will answer questions like “what creates a serial killer” and “could anything have prevented their potential from being activated, or were they simply born to kill?”

She’ll also analyse some famous crimes including those of Ted Bundy, John Wayne Gacy, Jeffrey Dahmer, and John Paul Knowles – examining what led them to their actions and if anything could’ve been done to prevent them.

The description on the event listing reads: “Maybe you simply accept that lift home, or agree to have dinner with your internet hook up, or find yourself taking a shortcut with the clean-cut, nice guy who started chatting to you whilst you strolled home?

“Then it’s game over, because rare though they may be, serial killers live amongst us, move between us, are even married to us, and only by studying their behaviour, can we adapt ours to give us a fighting chance of survival should they sliver into our lives

“We all want to believe that we would know if we came into contact with a serial killer, that somehow our natural intuition would raise our physical hackles that would alert us to the very real threat around us.

“That myth, that we could somehow sniff out the angel of death is sadly why the term ‘serial killer’ was coined.

“Their body count is so high,because we all like to imagine that finding ourselves at the hands of a tortuous murderer simply wouldn’t happen to us.”

Taking place at Left Bank in Leeds on Thursday 12 October from 7.30 pm, tickets for the show are on sale now from £19 and can be purchased here. There are some brilliant train carriage staycation spots perfect for solo travel, couples and family getaways - all under two hours from Leeds, .
bySophie Smith 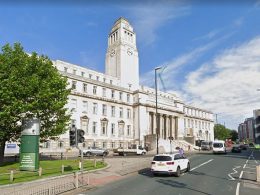 Deputy Vice Chancellor Peter Jimack explained how the university is making the offer as some courses are full.
byJosh Teal
4 shares
4
0
0 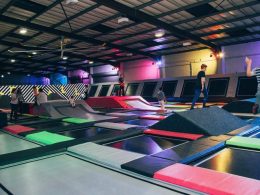 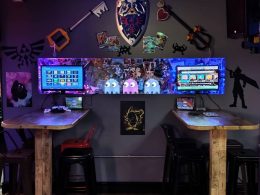