A grandad in East Leeds has built the ultimate garden ‘super pub’ behind his house – and it looks absolutely incredible.

What started out as a ‘man cave’ building project for Richard Spear 4 years ago has become so much more, with his backyard build taking on a whole new life during the past year’s successive lockdowns.

Initially, the plan was just to find somewhere quiet to put him and his pizza oven – but then the pubs closed, so he kept on building.

Finally finished after four years of construction, today the back garden pub is seriously impressive and could give a lot of places in Leeds a good run for their money.

Called the Taverna Mexicana, it has its very own pizza oven, bar, dance floor, and a karaoke machine for the family to crank out the tunes on after a few bevies.

It also has a pool table, darts board, and three TV screens – perfect for watching the football together on.

There’s a good selection of spirits on the bar, as well as several taps pouring beers and bitters like Stella Artois and Tetley’s Bitter.

It really looks the part – right down to the branded drip mats laid on the wooden bar and a stack of pint glasses behind it/. .

The pub has disco lights and beer barrels with stools, to really give it that ‘going out’ feel – and out back, there’s a smoker that Richard has built from an old filing cabinet, dart board and a table football game.

The pub took him four years to complete, growing over the years into the epic garden ‘super pub’ it is today.

According to his family, it’s “way better” than the real thing and has become the perfect place for them all to come together. His daughter Fiona Lyons, who lives next door, also loves not having to bother with getting a taxi home at the end of the night.

Speaking to Leeds Live, she said that the garden ‘super pub’ has been great for bringing their family and friends together and that they often gather at the pub to watch football matches and celebrate special occasions.

We have to say, we’re pretty jealous and wouldn’t mind something like this in our backgarden. Especially for watching the final on Sunday. 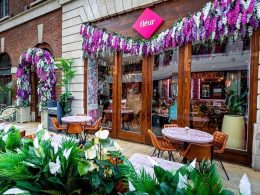 Fleur Cafe does the ‘most Instagrammable’ bottomless brunch in Leeds

With cascading pink and purple wisteria, luminous neons and 10,000 butterflies across its ceiling, Fleur Cafe is an Instagram trap if ever we saw one
byGeorgina Pellant

Saying they needed to "understand why opportunities to better protect Star were missed", they added they "deeply regret" missing warning signs that could have saved her life.
byThe Hoot Percy Pig Martinis are available at this cocktail bar in Leeds 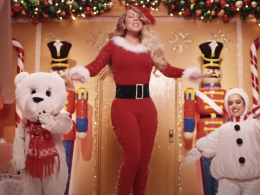