This weekend, guests at the UK’s highest pub – the Tan Hill in Yorkshire – were trapped inside for three nights after heavy snowfall left them stranded and sleeping on sofa and mattresses spread across the floor.

But now around a dozen of the 61 people inside have finally been freed, reports The Guardian, after a snowplough arrived to clear an escape path on Monday afternoon.

The guests, all of whom are adults, had travelled to the pub to watch an Oasis tribute band on Friday night – but heavy snowfall caused by Storm Arwen left them snowed in and unable to leave.

A spokesperson for North Yorkshire county council said: “Our farming contractors have cleared the snow and the road is open to traffic.”

For the past three days, the guests have been entertaining themselves with pub quizzes, boardgames and karaoke – as well as a few acoustic songs courtesy of tribute band Noasis.

The group also watched films and enjoyed a traditional Sunday lunch together whilst they waited to be rescued from the pub, which stands at 528 metres above sea level.

Noasis (now nicknamed Snow-asis) has also managed to avoid spending a fourth night in the pub, reports the paper. The band managed to dig their vehicles out of the snow on Monday morning before following a path created for them by the snowplough.

General Manager Nicola Townsend told BBC Radio 4’s Today programme: “We’ve all become really good friends actually, the people that are here. I’ve said this before and it sounds a bit like a cliche, but they came as strangers and they’re leaving as friends, they truly are”.

It’s not the Tan Hill’s first snow in, but it might be the most memorable.

The pub also housed guests for five days in 2013 after snow left people stranded inside. Morrisons to stop selling plastic bags in all stores nationwide

Since 2017 Morrisons has removed and made recyclable over 10,000 tonnes of plastic.
byThe Hoot 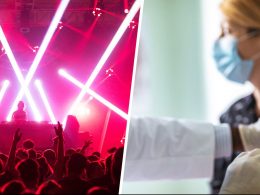 What is Plan B? The new Covid restrictions Boris Johnson is reportedly set to announce 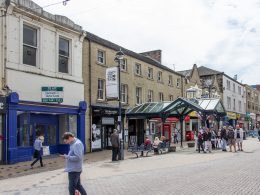 Compiled from the opinions of a staggering 125,681 visitors, be warned - some of the comments here are pretty shocking
byGeorgina Pellant
17 shares
17
0
0