Some of the UK’s biggest retailers will be closing on Boxing Day – historically one of the busiest shopping days in the calendar – to give their staff a well-deserved break.

The last couple of years with the pandemic have been particularly challenging for those who have worked in retail throughout.

They’ll have had a hectic few weeks too with all the pre-Christmas shopping madness.

Every year, more and more retailers have started to see the value in giving staff the day off to rest, recover, and most importantly, spend that extra bit of time with their loved ones.

In 2021, a handful of shops and supermarkets have already announced they’ll be closing doors.

Here’s everything we know so far.

Most supermarket chains across the UK have published their adjusted operating hours over the festive period, with many choosing to keep doors closed on Boxing Day.

Tesco has plans to keep over 370 of its large stores open for 24 hours a day during the festive period in the run-up to the big day, and although Asda stores across Greater Manchester will be closing on Christmas Day, they will be opening on Boxing Day from 10am – 4pm.

You can find more information about supermarket opening hours in Greater Manchester here.

Home Bargains has announced that it will be closing all of its stores across the UK on Boxing Day to give staff time to “recover”.

“We recognise how incredibly hard all of our colleagues have worked over the last year, to continue to serve the local communities that rely on them so much,” a spokesperson for Home Bargains explained of the decision to close.

“In light of this, we felt it was only right to reward store teams by taking the decision to close all of our stores on Boxing Day and New Year’s Day.

“And also close stores early at 5pm on Christmas Eve.”

All Argos stores will also be closed this Boxing Day.

The stores will remain closed “in recognition of the extraordinary efforts of colleagues throughout a challenging 18 months, since the start of the pandemic.”

Simon Roberts, Chief Executive of Sainsbury’s – which owns Argos – said: “Christmas is a really special time for so many, but because of lockdown restrictions last year, lots of us weren’t able to celebrate in the way we wanted.

“In recognition of this and to say a massive thank you to all our colleagues for everything they have done during the last challenging year, we will be closing this Boxing Day.”

Here’s just some of the other national names closing on Boxing Day: 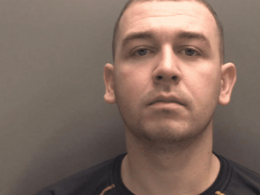 Police said he appeared nervous and was “visibly shaking” when speaking to officers.
byGeorgina Pellant 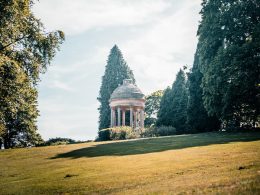 The Met Office is predicting another two weeks of higher than average temperatures across Leeds this August - and it's not far off.
byGeorgina Pellant 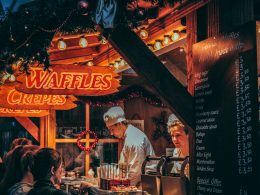 "It was mutually agreed with our friends in Frankfurt that it was no longer feasible to bring the German market back to Leeds."
bySophie Smith 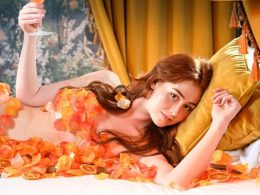 This Yorkshire hotel has created a chocolate orange-themed room