It’s expected to help around 40,000 pensioners across the UK save on their shopping.

It comes after research by Age UK showed that 1.7 million pensioners were living in poverty in 2020/2021.

Iceland is giving pensioners in Greater Manchester vouchers worth £30 to help with food and essentials amid the rising cost of living crisis, reports The Manc.

With inflation now at a 40-year UK high and the rising cost of living crisis continuing to make it its impact felt nationwide, Iceland has partnered with The Rothesay Foundation to launch a new voucher scheme aimed at supporting pension-aged people following the release of findings from a shocking new study.

According to The Rothesay Foundation, research by Age UK showed that 1.7 million pensioners were living in poverty in 2020/2021 – which is 15% of all pensioners.

On top of that, it’s thought that more than 770,000 pensioner households- either single people, or couples – are also missing out on Pension Credit payments too, which are worth around £1.5 billion every year.

So to help lessen the financial burden, the discount supermarket retailer has now launched the Summer Cheer campaign with over £1 million of funding from the Rothesay Foundation to provide pensioners with a voucher worth £30 that can be used to buy food and essentials.

It’s expected to help around 40,000 pensioners across the UK save on their shopping.

The voucher scheme is running up until 16 September, and additionally, it can be used in conjunction with the 10% discount for people over 60 that’s already available every Tuesday with valid ID.

Iceland’s Summer Cheer £30 voucher scheme will be available at 269 shops in 17 areas across the UK where there are said to be the “highest numbers of pensioners living in material deprivation in the country,” according to The Rothesay Foundation – and Greater Manchester has been highlighted as one of those areas.

“Since the launch of the partnership last Christmas, the cost-of-living crisis has taken hold of the UK, and now more than ever, people are struggling to access the food they need,” explained Richard Walker – Managing Director of Iceland.

“No one should ever have to worry about how they are going to eat or drink, and we hope that the support we can offer across the UK will help pensioners access and enjoy a worry-free meal during this difficult time.”

Who is eligible? And how do I apply?

Those who are eligible to take advantage of the £30 discount voucher scheme up until 16 September are people of pension age who live independently or with a carer, and who rely solely on state pensions and benefits in the UK. 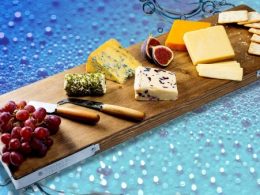 Iceland have combined our two favourite pastimes: eating cheese and unwinding in a bubble bath. Expect to see one on our Christmas list.
bySophie Smith
18 shares
18
0
0 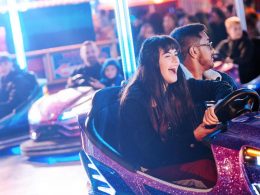 Hull Fair was dearly missed in 2020, but the historic funfair is back in Yorkshire in October.
bySophie Smith
6 shares
6
0
0 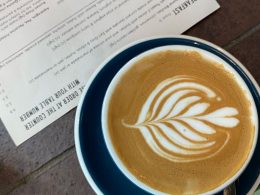 Five of the best coffee spots in Sheffield

Fancy a coffee? Head to one of these spots in Sheffield for a great cup of joe.
byClementine Hall Terry Kennedy found out he had won £1 million on the lottery by a phone call that has since gone viral.
bySophie Smith
17 shares
17
0
0