There is truly no worse feeling than a hangover.

Picture this, you’re a 20-something-year-old who’s woken up after a night of heavy drinking only to feel a faint headache and a craving for greasy food. One fry up and one lucozade later, you’re feeling right as rain by 3pm and ready to go again.

Fast forward a few years and a glass of red wine or two will knock you out for days as you reach for the paracetamol and hide away from any bright light whilst you swear to never EVER drink again (until the next weekend).

But at what age does this drastic decline take place? When does our ability to handle alcohol slip through our sticky, tequila covered fingers?

Well, a new study carried out by greeting-card company Thortful has found that the age of 34 is where it all starts to go downhill. A survey of 2,000 people aged from 18 to 65 found this to be the age where hangovers really start to sting and you begin to question whether that last gin and tonic was really worth it.

And it doesn’t just stop there, age 35 was found to be the year when hangovers last for two days which is the ultimate punishment. We all know there’s nothing worse than rocking up to work on a Monday morning still feel hazy eyed and more dehydrated than a cactus.

And sadly, it’s not until age 37 when we finally learn from our mistakes (supposedly) and start to recognise our limits. With the consensus being that people feel ‘too old’ to go out at age 38, and subsequently start to feel more drunk after just two drinks at age 39. At least it’ll be a cheap night out.

The science behind it is as follows, Dr. Deborah Lee of Dr Fox Online Pharmacy, said little research has been conducted on the severity of hangovers with regards to ageing, but explained they worsen due to ‘the breakdown of alcohol and the persisting presence of its toxic metabolite – acetaldehyde – in the body’, Metro reports.

“Hangovers are likely to worsen with age because the activity of the key enzymes involved in alcohol breakdown becomes less efficient with age. Also, older people have less muscle and more fat, plus the distribution of water within the body alters as we age. The end result is higher levels of blood alcohol which take longer to metabolise.”

So, if you’re still in your 20s and deliberating whether or not to have that extra shot of tequila then use this information to your advantage and go for it. Sooner or later that extra sip might have you bed bound and out of action for a few days, so enjoy it whilst you can.

Read more: UK’s Best 50 Gastropubs announced and two are only an hour from Leeds 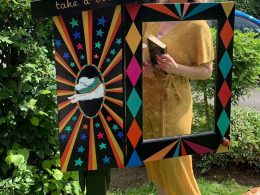 Take a book, leave a book and get reading. These little libraries are here to serve all Leeds' communities.
bySophie Smith
26 shares
26
0
0 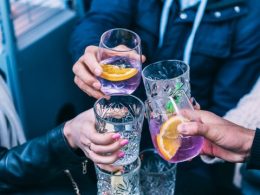 A festival dedicated to Seltzer is coming to Leeds in 2022

A festival dedicated to all things Seltzer is coming to Leeds in 2022.
bySophie Smith 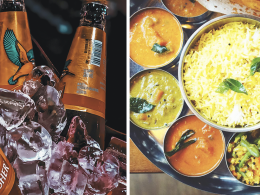