The brother of British Olympic star Joslyn Hoyte-Smith said: “would you accept £100,000 not to go to your family’s funeral?”

A Leeds man has turned down a £100,000 Windrush compensation offer from the Home Office, claiming that it comes nowhere near to taking into account the difficulties he has suffered due to mistakes made around his citizenship.

He has been offered £100,000 pounds as compensation for “maximum for the impact on life’, but denied any compensation for financial loss – despite the fact that Home Office errors led to him being denied a mortgage to buy his council house in 2005.

Lorenzo Hoyte, 64, permanently relocated from Barbados to Leeds in 1957 as part of the Windrush Generation – but was not granted a UK passport by the Home Office until September 2018.

He has now said that he feels that the error has left him “living as a third-class citizen [in Leeds] for 40 years.”

Due to an inability to prove his citizenship, Mr. Hoyte has been prevented from attending two family funerals abroad, one of which was his mother’s.

“When I tried to travel to see my mum for her funeral I was told if you leave the country you cannot get back in,” Lorenzo said.

“I would like to ask any politician in this country – would you accept £100,000 for living as a third-class citizen for 40 years?

“Would you accept £100,000 not to go to your family’s funeral – your mother’s your brother’s your grandparents’?”

Not having a passport has also meant that Mr. Hoyte has repeatedly been told he is not classed as a British citizen and denied some basic rights.

He’s struggled to travel abroad at all and missed out on an opportunity to see his Olympic star sister Joslyn Hoyte-Smith compete for Britain in the women’s 4x400m relay at the 1984 Los Angeles Games.

But his real gripe – and reason for turning down the £100,000 offer – is that In 2005, he was refused a mortgage to purchase the Wakefield District Housing-owned house he lives in under the right to buy scheme, simply because he didn’t have a British passport.

According to Mr. Hoyte, his house is now worth up to £160,000 – but he claims he has already paid “more in rent than what they have offered me.”

“They have offered me the maximum for the impact on life, bit nothing for financial loss.

“The main thing for me is my home. They took away my right to buy a house and have something for my family.

“I’ve been paying rent on this house since 2000. I tried to buy it in 2005 and the only reason I couldn’t buy it was because I didn’t have a passport to prove my citizenship.”

Despite the error leading to him being refused a mortgage, his claim for ‘financial loss’ has still been refused by the Home Office.

A spokesperson for the Home Office said: “The Home Secretary has overhauled the Windrush Compensation Scheme, increasing the amount of compensation paid from £3m to almost £27m, with a further £7.1m offered to victims.

“If someone is unhappy with the award they have been offered they are able to ask for a review by a different decision maker and subsequently by the Adjudicator’s Office who are independent of the Home Office.” 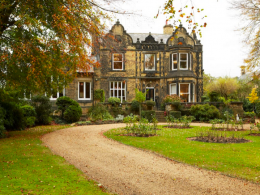 The stunning Victorian mansion in Headingley for rent on Airbnb 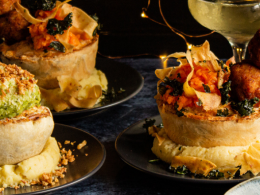 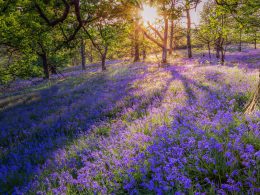 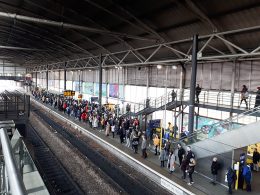 Leeds unlocks: What Covid rules are changing in England on July 19?

July 19 marks the end of the majority of Covid restrictions in England, with legal requirements around masks, social distancing and mass gathering all changing
byGeorgina Pellant