Mr Rossi hadn’t been seen in his ice cream van for two years before this week.

A legendary West Leeds ice cream man has resurfaced to the delight and surprise of residents – with his famous van spotted out and about in the city on Tuesday (June 8).

Vittorio di Mascio hasn’t been seen in his ice cream van for two years before this week – leaving many residents to wonder what had happened to him.

But on Tuesday, a member of the neighbourhood caught sight of di Mascio – better known as Mr Rossi – in Bramley.

Described by locals as a “legend”, Mr Rossi is a bit of an institution in Pudsey and the surrounding areas. Now in his 80s, he’s known for his smiley demeanour and has served ice cream to multiple generations for roughly 60 years now.

Two years ago, though, the popular ice cream man was left heartbroken after losing his wife and son within days of each other and subsequently disappeared.

A crowdfunder put together by neighbours helped him through the most difficult period, raising over £1,000.

Now he’s back at it though – and people are overjoyed.

The resident in Bramley who spotted him was very much taken by surprise, having not heard his tune in some time.

“I was just sat in the garden and heard the tune he plays – I’ve never moved so quickly in disbelief,” she stated.

“A little boy shouted ‘Dad, Dad – Rossi is here’ – he got an ice cream and I waved to him from the garden.

The sighting was shared on Leedsplace Facebook group and prompted a big reaction from locals, many of whom thought that he had passed away and it was a new person driving the truck.

Suffice to say, they were overjoyed to hear that it was in fact the original Mr Rossi.

One said: “Aww is he still going….good old Italian Rossi!!!!”

Another said: “He must have been going at least 40 years now – we used to chase around the estate as kids on our bikes.

“Good old Rossi – god knows how that van of his is still going.”

Another said: “Remember on my street it used to always be someones birthday for free ice cream. He was ace!”

While another added: “The nicest bloke around and has time for anyone and everyone. I’ve grown up with him visiting my street and now my little lad is doing the same.” 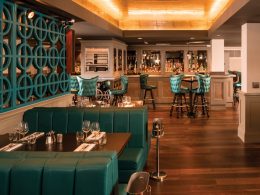 The new cafes, bars and restaurants to open in and around Leeds in 2022

We've rounded up all the hottest new restaurant, bar and cafe openings for 2022 that have been announced so far.
bySophie Smith 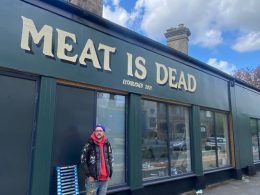 The vegan bottomless brunch with margarita and sangria pitchers in Leeds

Starting from Saturday 11 September, the deal will get you 90 minutes of bottomless drinks and a plant-based brunch dish of your choce
byGeorgina Pellant
10 shares
10
0
0 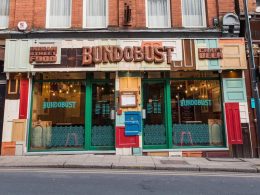 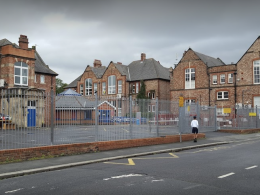 Ayresome Primary School in Yorkshire has cooked up a storm online after asking parents and carers to ditch the PJs and 'dress appropriately'.
bySophie Smith