Thunderstorms are set to hit the city this week as the heatwave comes to an end.

Leeds has been enjoying some gorgeous weather this weekend, with long stretches of sunshine and no rain to speak of, but all good things must sadly come to an end.

Floodwater, lightning strikes, hail and strong winds are all on the cards later this week according to meteorologists.

The Met Office has issued a yellow weather warning that will come into effect on Wednesday 16th from 6pm to Friday 18th at 6am.

Temperatures are set to drop to 16C by Friday, with lightning strikes and sudden flooding predicted as part of the ‘intense’ storm warning.

Forecasters are predicting flash flooding and cancellations to bus and rail services in some areas of Leeds and around West Yorkshire when the storm hits later in the week.

The Met is also warning that some communities may become cut off by flooded roads and adds that there is a slight chance that power cuts could occur and other services to some homes and businesses could be lost.

According to the Met Office: “Although there remains significant uncertainty in location and timing, areas of thunderstorms are expected to move northeast across parts of England and Wales from late Wednesday through to Friday morning.

“Whilst not all locations will be affected, some intense thunderstorms may occur during this period with torrential rain, hail, frequent lightning and strong gusty winds possible.

“Rainfall totals of around 30 mm could fall in an hour, with some locations potentially receiving around 50 mm in 2-3 hours, although these will be fairly isolated.” The best things to do in Horsforth, Leeds at the weekend

Whether you're looking for a lazy day reading the paper in a coffee house or heading out with the kids to paint-a-pot and pick a pumpkin, Horsforth has so many activities to get involved in over the weekend.
bySophie Smith 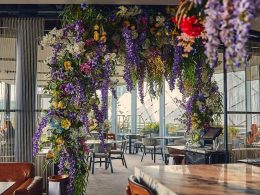 If you fancy getting stuck into a big roast and making a boozy one of it, then we think this will be right up your street.
byGeorgina Pellant 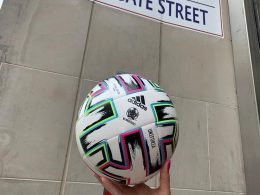 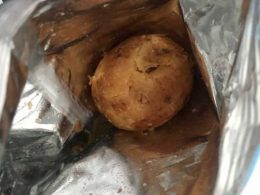 Crisps should come as lots of slices, not as one whole lump, but this packet in Huddersfield clearly didn't get the memo.
bySophie Smith