The Heinz famous baked bean pizza is back after 20 years

Heinz has brought back its famous baked beans pizza almost 20 years after it was sadly discontinued.

When it first arrived in supermarkets, the Heinz Baked Beanz Pizza made absolute waves and went on to become somewhat of a 90s food cult-classic, before it disappeared in 2003, reports The Manc.

If you thought pineapple on pizza was controversial enough, then Heinz is taking the acceptable pizza topping debate one step further as the food manufacturer has announced that its hugely-popular Baked Beanz Pizza is making a comeback the UK supermarkets after almost two decades of being discontinued.

Available to get your hands on from Iceland and The Food Warehouse stores nationwide, and setting you back just £3 each, the Baked Beanz Pizza is made up of a crispy base topped with tomato sauce, mozzarella, cheddar cheese and, of course, the brand’s famous baked beans.

The Baked Beanz Pizza is just one of a handful of Baked Beanz-themed treats the food manufacturer has introduced to shop shelves this year – with some of the other delicacies including the Heinz Beanz Burgerz, and Heinz Beanz Bowls.

The company already grabbed headlines a couple of months back with the release of Heinz Beanz Filled Hash Browns.

And it sounds like there could be even more Beanz dishes on their way too.

“This is our fourth foray into the freezer aisles for Heinz Beanz over the past year,” explained Sophie Higgins – Head of New Ventures at Heinz.

“Following the launch of our first frozen ready meals range with Beanz Burgerz, Beanz Bowlz, and Beanz Hash Browns, we don’t plan on stopping there [so] make sure to watch this space for even more exciting Beanzy news.”

Given how much debate there usually is to be had when it comes to pizza toppings, news that Heinz is bringing back the Baked Beanz Pizza has understandably got people talking on social media, and reaction to the pizza’s return seems pretty mixed.

One outraged person wrote: “Don’t put beans on pizza”, while another equally-fuming person added: “Pizza and baked beans have absolutely no right to be together. Not ever.”

“I think baked beans on a pizza should be a criminal offence,” a third person claimed.

But, just as there have been people shutting-down the concept as soon as they heard about it, others have welcomed the launch – with one person admitted that they already “think [they’re] addicted” to the cheesy Beanz dish.

“Beans on pizza is amazing, and I love that it’s been made into an actual thing,” another fan added. 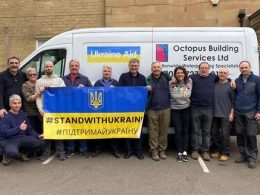 The week-long trip will have involved 50 hours of driving to drop off two tonnes of donations.
bySophie Smith 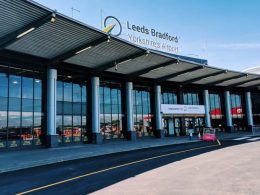 7% of those surveyed said they had missed a flight due to excessive queues.
byClementine Hall 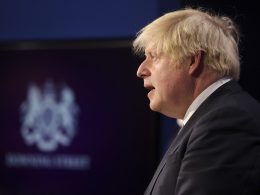 Boris Johnson to face Commons vote on whether he misled Parliament 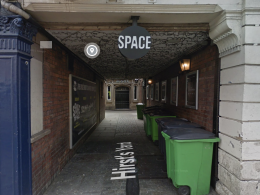 The order prohibits anyone under the age of 17 entering the yard between the hours of 8pm and 7am daily until 4pm.
byThe Hoot