The Crown, the fictionalised Netflix drama series about Queen Elizabeth II and the British royal family, will be filming part of its sixth and final season in Hull next month.

Dates for The Crown‘s film schedule have just been released, with actors and film crews set to descend on the Yorkshire city at the end of October.

Netflix film crews will once again head up the M62 to shoot a number of scenes across 24, 25 and 26 October, using Alfred Gelder Street and Queen Victoria Square as shooting locations – with some filming stretching into the early hours, as late as 3am.

Earlier this month Netflix put out a casting call to residents of Hull, offering a daily rate of £150-250 for up to 300 extras.

Extras have since been asked to come with 1940’s-style hair and clean-shaven faces, leading to speculation that these upcoming Hull scenes could be set in 1945 on Victory in Europe Day (VE) Day, as part of a flashback.

The rest of the final season is, as we already know, set around the turn of the last century and is due to follow on from the as-yet-unreleased season 5.

Season 5, meanwhile, is set in 1990’s Britain in the controversial era of Diana’s split from King Charles III and her tragic death.

Following the passing of her late Majesty Queen Elizabeth II, production was briefly suspended whilst viewing figures for The Crown shot up by 800%.

The fifth season of The Crown is due to be released in November, although a firm release date is yet to be revealed.

The final two seasons of the show are expected to almost entirely recast major roles with new actors as it moves through the different eras of the Queen’s life. 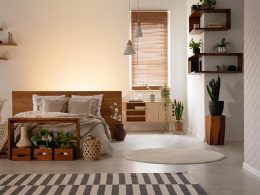 We've found the best flats, maisonettes, townhouses and mansions in and around Leeds.
bySophie Smith 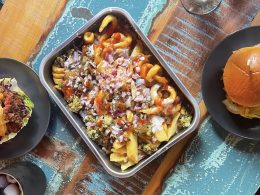 Hooyah has taken everything you know about a burger joint and flipped it on its head. Here, the customer is in the driving seat and can tell you the chef's exactly what you want.
bySophie Smith
6 shares
6
0
0 The Corn Exchange will be hosting local food stalls, offering drink masterclasses all to the beat of DJs and live band performances.
bySophie Smith 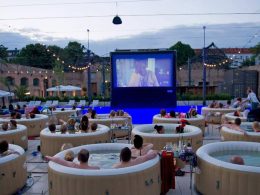 A hot tub movie night is coming to Leeds this summer