These come topped with a selection of homemade salsas, pickles and sauces, plus extras and sides like loaded fries and Southern-fried boneless chicken thighs.

The van’s food offering will change every six to eight weeks, with the likes of poutine heroes Spuds n Bros, Thai kitchen Sri Non and burger bad boys Wagyu Lookin’ At? also lined up fpr a stint there this summer.

For the month of June, though, it’s all about BBQ here wit York-based chef James Mackenzie in situ for the next few weeks.

Wraps here are dipped in meat juices, crisped up and then topped with melted cheese and house sauces and sides. All come served with a pot of special ‘pit gravy’ for dipping, too.

Jimmy Mack’s is a relatively new concept, devised by chef James based on his own experiences of travelling and cooking for clients around the world.

He’s previously worked as a chef to the rich and famous, at chalets in the Alps and on luxury yachts in France, Italy, and Croatia.

Speaking on the new project, he said: “After years of working in kitchens, it was time to do my own thing! I want to create tasty food that I love and bring something a little different to the street food scene.

“The street food van is such a great opportunity for chefs like myself, one that is original and isn’t offered anywhere else. I am looking forward to joining Trinity Kitchen and serving up some great food.”

Find Jimmy Mack’s at Trinity from 1st-20th June. Find out more and view the menu on their website. 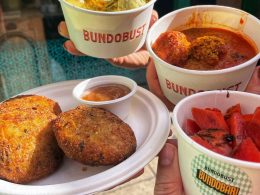 Available until Sunday 23 October 2022. Oktoberfest has been taking over Leeds little by little over the past…
bySophie Smith
9 shares
9
0
0 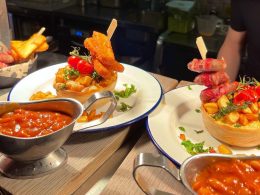 £11.50 for a brunch pie, or £25 for ninety minutes of bottomless drinks
byGeorgina Pellant 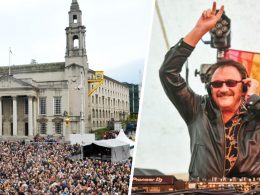 Festival organisers are determined to "bring it all back" to Millennium Square next August.
byEmily Sergeant