As England and Leeds United fans come to terms with the Three Lions devastating loss against Italy, victims of domestic abuse in the city find themselves at increased risk.

Whilst for many the football is an exciting time of high emotions and nail-biting tensions that lead to nothing more than a few gripes in the pub, for some a post-match defeat (or win) can be a very scary and vulnerable time.

According to research by the national centre of domestic abuse, incidents tend to increase on average by 26% when England play and 38% when they lose.

Looking back to the 2010 World Cup, domestic violence leapt 27.7% when England won a match and saw a 33.9% increase when they lost.

Further research from the London School of Economics supports this, also suggesting that football matches increase the risk of domestic abuse victimisation.

Although violence decreases throughout the two-hour period when a match is played, abuse then starts to increase in its aftermath, research suggests.

Academics who have researched the matter say the violence tends to peak between 10 and 12 hours following a match but can be even later.

For those who do feel at risk, its vital that victims to do not feel they have to suffer alone.

Ruth Davison, chief executive of charity Refuge, said: “Refuge’s message to women and girls experiencing domestic abuse remains clear: you are not alone, Refuge is here for you.

“While football tournaments do not cause abuse – abuse is always a choice a perpetrator makes – they can exacerbate pre-existing abusive behaviours.

“Let’s be really clear, there is never an excuse for abusive behaviour and abuse doesn’t come ‘by appointment’, it happens all year round.

“However, Refuge wants to reassure women that 365 days a year, come rain or shine, regardless of what happens at Wembley Stadium this week, we are here for you, and can offer you the support you need.”

Who to call if you need help

Free support is available on a completely confidential basis from Refuge’s 24-hour national domestic abuse helpline on 0808 2000 247. The team here can help you find a refuge place, if necessary, as well as providing other specialist services to those in need.

There is also a digital support chat that runs live from Monday to Friday between 3pm and 10pm via www.nationaldahelpline.org.uk.

Help is also available via the free Leeds Domestic Violence Service on its 24 hour helpline, 0113 246 0401. Alternatively you can contact them on hello@ldvs.uk.

LDVS supports anyone suffering from domestic abuse and actively encourages people from LGBT+ communities to access their support. 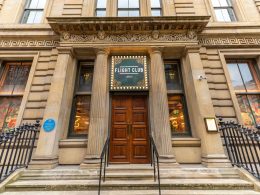 The new opening is bringing all the foodie goods to Leeds too: think flatbread pizzas, alcoholic slushies and a notorious brunch that offers revellers endless slices and bottles of prosecco
byGeorgina Pellant
104 shares
104
0
0 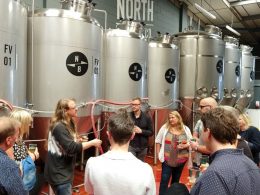 Sample some of the freshest pints in the city and get a peek into what goes on behind the scenes in a brewery.
byGeorgina Pellant
65 shares
65
0
0 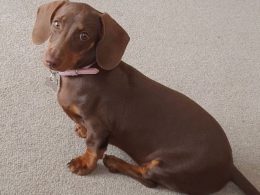 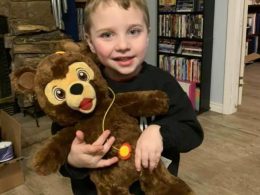