Drivers need to be on the lookout in Leeds for new bus-only roads, as they could now be fined for driving in them.

Drivers will need to have their wits about them to make sure they don’t end up in the wrong lane, or they could be hit with a hefty fine.

The new gates have been installed as part of Leeds City Council’s ‘Connecting Leeds programme’ – which has seen a huge overhaul to a number of bus stops including those on The Headrow, Cookridge Street, Park Row and Infirmary Street.

Other recent improvements to the network include the reopening of Vicar Lane in both directions for the first time since 1964, allowing buses to travel easily between The Headrow and North Street.

Elsewhere, Cookridge street is currently closed to traffic whilst Park Row has been converted into a one-way street. Infirmary Street is now two-ways, but has been made bus-only

The council is also reportedly planning to activate cameras and enforcement across the city centre over the coming months, which will put drivers in a sticky position with fines if they’re caught driving in the wrong lane.

Councillor Helen Hayden, Executive Member for Infrastructure and Climate said: “I am delighted that these much-anticipated schemes have been completed and would like to thank people for their patience over the past two years, in particular the businesses and residents based in the work areas.

“Like any city centre project, this work was always going to be challenging and with the added pressures of the COVID pandemic and reduced workforces our contractors and partners have had to work extra hard to complete the schemes efficiently. We have fortunately been able to take advantage of the quieter roads and pavements during lockdowns and worked alongside our stakeholders to rejig the programmes and ensure key areas were mostly completed to coincide with reopening.

“We all want the city centre to be an inviting place for people to visit and the work we are doing to prioritise public and active travel creates a nicer environment for everyone. These new green spaces we have made, and continue to make, give people a new and welcoming place to relax and take in the buzz of the city.

“The council has set an ambitious target to become carbon neutral by 2030 and it’s schemes such as these which reduce car dominance and promote active travel options that will help us to achieve our goals.”

Tracy Brabin, Mayor of West Yorkshire said: “I am pleased to see that people are at the heart of these schemes, all of which play a huge part in transforming the city’s bus network, reducing car dominance in the city centre, providing high-quality cycle facilities and new public spaces.

“Improved public transport will be a vital part of the inclusive and sustainable economic recovery that our region needs and I am especially pleased to see the benefits for bus passengers, walkers and cyclists that these schemes provide.” 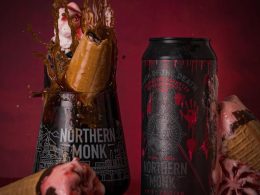 Swap The Winchester for the Northern Monk Refectory this Halloween and grab a nice cold pint of their yet-to-be-released lager at their Halloween Beer and Film Night.
bySophie Smith 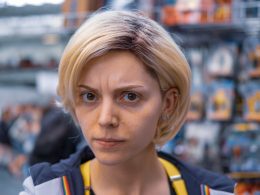 Doctor Who’s Jodie Whittaker to step down in 2022

It's a hit with the city's vegans for its tasty stews and curries - although there's plenty for meat-eaters on the menu here too.
byGeorgina Pellant
1 share
1
0
0