Black curved crafts have been spotted in the sky over Leeds

It’s no secret that West Yorkshire has a bit of an obsession with UFOs. Now, it’s been revealed that the area surrounding Leeds was the most popular location for UFO sightings in the UK in June.

UFO sightings are very much back in vogue since the Pentagon released its declassified UFO report, detailing all the data that US security services have amassed over the years.

In the last year, it’s believed there have been at least 200 reports of mysterious flying objects in the United Kingdom alone.

Until 2009, The Royal Air Force was responsible for handling and recording all reports regarding UFOs- due to ‘no evidence of a threat.’

However, it appears that in recent years the UK government does have a team that unofficially look into things that deemed otherwise unexplainable – according to Nick Pope, anyway, who investigated UFOs for the Ministry of Defence during the early 1990s.

Closer to home, Ash Ellis, who runs the website  UFO Identified, has revealed a large number of sightings were reported across the skies of Yorkshire in 2021.

Reports revealed in and around Leeds include a  “black triangle” shaped object on June 15, whilst another sighting of two “black curved crafts flying information” was also recorded in the city in June.

It’s said the UFO’s were seen to be travelling at high speed “before suddenly stopping in mid-air” for four seconds, the report reads.

It’s alleged in the report that these ‘craft’ had “no noise or lights visible” and had a “bubble effect” around them.

Elsewhere, in Barnsley, South Yorkshire, a “silver sausage-shaped object” has been spotted in the sky – allegedly turning to black before “disappearing’ entirely.

Other recent UFO sightings in and around Leeds include a dark circular object followed by four similar but smaller objects in Bingley, West Yorkshire.

Full details of recent UFO sightings in and around Leeds:

Black triangle-shaped object with a clear middle observed, no noise or lights visible, with a slight ‘bubble’ effect around it, travelling at a constant and high speed around 300-500ft high

One dark circular object followed by four similar but smaller objects, appeared to be heavy or metal objects spinning as they moved from south to north, objects were around 50 metres apart

Two thin, black curved crafts, flying in formation one behind the other, travelling at speed before suddenly stopping in mid-air for approx. 4 seconds before continuing to fly smoothly at a constant speed away to the north-west 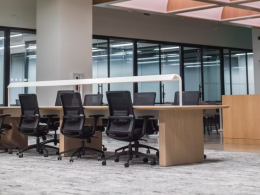 Companies across the UK are trialling a four-day working week 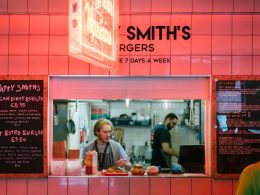 There’s a vegan foodie feast coming to Leeds this weekend

Veganuary just got its own food festival.
bySophie Smith 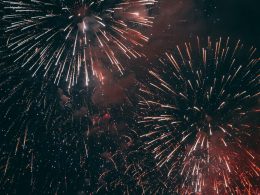 Firework displays were dearly missed in 2020, but they're back with a bang this year.
bySophie Smith
4 shares
4
0
0 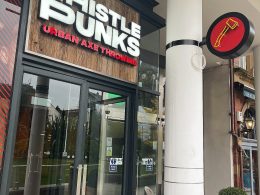