A new study released this week has shown that more than 2 million adults in the UK are now unable to afford to eat every day.

One in seven adults (7.3 million) in the UK is now thought to be food insecure in the UK, a jump of 57% from figures of 4.7 million seen in January, according to research by the Food Foundation think tank.

And it is not just adults going hungry. Children are suffering too, with 2.6 million reporting having smaller meals than usual, skipping meals, or not being able to eat when they feel hungry at all.

Read more: The best food festivals in and around Leeds in 2022 – including tickets, dates and line-ups

It appears that food insecurity levels are now returning to that seen at the start of the first national Covid lockdown in May 2020.

However, whilst early food insecurity at the start of Covid was down to a food scarcity issue caused by ‘just in time’ delivery models combined with panic buying, now people are instead struggling with poverty and rising food costs instead.

What’s more, food banks are now reporting that people are requesting food that doesn’t need cooking as they are scared to use the energy to make a hot meal.

The Food Foundation said it was so shocked by its findings that it reran the survey on a larger scale, only to get the same results again.

Anna Taylor, the foundation’s executive director, said: “The extremely rapid rise in food insecurity since January points to a catastrophic situation for families. Food insecurity puts families under extreme mental stress and forces people to survive on the cheapest calories, which lead to health problems.”

Prof Sir Michael Marmot, a public health expert at University College London, said: “If one household in seven is food insecure, society is failing in a fundamental way. These figures on food insecurity are all the more chilling because the problem is soluble, but far from being solved it is getting worse.”

The shadow work and pensions secretary, Jonathan Ashworth, has described the findings as ‘devastating’. He told The Guardian: “Boris Johnson is responsible for this crisis and has no solutions to fix it”.

It is hoped that there will be some new measures announced in the Queen’s speech today to help people being forced to choose between heating and eating.

One measure that has been announced by the government in recent days to ‘assist’ the country’s poorest citizens focuses around making it easier for low-paid people to work second and third jobs.

Meanwhile, Rishi Sunak recently went on record to say it would be ‘silly’ to offer more support to people struggling with the cost of living crisis at this time.

Elsewhere, leading energy companies such as BP and Shell have recorded record profits and some energy bosses are now calling on the government to introduce a windfall tax, amid an anticipated £1,000 rise in energy bills this winter. 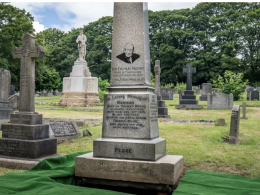 Moore's daughter spoke of the pride he had in his hometown and shared how he would love to be back within the bounds of West Yorkshire.
byGeorgina Pellant 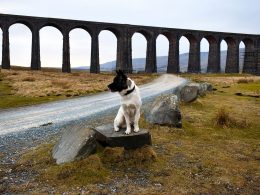 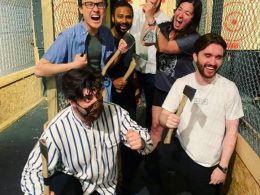 A new urban axe-throwing bar is opening in Leeds

Axes at the ready, nights out in Leeds are about to get pretty wild
byGeorgina Pellant 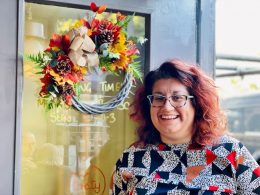 Design your own autumn wreath at this crafty Leeds workshop