Promising followers a whole week of warm brownies, ice cream, goodie boxes and “maybe a few surprises” it’s not one that you’ll want to miss.

Leeds’ lockdown bakery success story The Savvy Baker revealed over the weekend that they’ll be taking over the food van at Trinity Kitchen this week.

Having gained quite the cult following in Leeds with her chocolate-laden gooey brownies, blondies and cookies during lockdown, founder Savannah Roqaa has gone from strength to strength and now employs a full baking team at a warehouse outside of the city.

Her delicious baked goodies are often to be found popping up at various spots in Leeds in further afield, but for this week only you’ll also be able to find them at Trinity Kitchen’s static food van.

The street food van has been a permanent fixture in the shopping center’s food hall since May, sitting alongside permanent eateries such as Archie’s, Pho, Rola Tala, Tortilla, Pizzaluxe, Absurd Bird and Doner Shack.

It’s already welcomed a host of different street food traders so far, including the ‘low and slow’ BBQ delights of Jimmy Macks and, most recently, Halifax’s Stodfold and Clough with their modern take on pub grub.

Now, it’s the Savvy Baker’s turn to take on the truck – and it sounds like she’s got some proper treats up her sleeve for us this week.

Promising followers a whole week of warm brownies, ice cream, goodie boxes and “maybe a few surprises” it’s not one that you’ll want to miss.

Sharing the news on social media over the weekend, Savannah said: “This is MADDD to me. We ain’t complete yet but with 24 hours to turnaround this gorg pop up at @trinity_kitch @trinityleeds to bake everything and try and make it look cute, I’m so buzzing.

“I used to come in here and say one day I’ll have savvy baker in trinity kitchen and it felt like a distant goal, and here she is, in the flesh, savvy baker truck at trinity Leeds!!!

“We’re here until Sunday 19th so we have a whole week of warm brownies, ice cream, boxes, and maybe a few surprises

“If you’re in Leeds, work in Leeds, or wanna come for a day out, please come visit!!!!! So happy I can’t explain”

Find The Savvy Baker at Trinity Kitchen on the first floor from now until Sunday 19 September for your sweet craving fix. 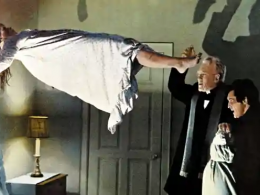 A drive-in immersive spooky Halloween cinema is coming to Leeds

Think family favourites like Hocus Pocus and Ghostbusters, cult classics like Rocky Horror and Pulp FIction, plus proper horrors It, Scream and The Exorcist
byGeorgina Pellant 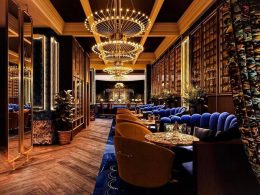 The Victoria Quarter is set to host the esteemed Cut & Craft restaurant as the York-based brand open in Leeds in 2022.
bySophie Smith
4 shares
4
0
0 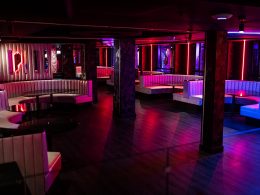 Tom Zanetti is opening a new dine, drink and dance concept in Leeds

Over £300k has been invested in the project, the name of which is being kept under wraps until nearer the launch.
bySophie Smith