Don’t worry, the confusing Leeds road signs across the city are not going to send you to the Squid Games, they’re lorry diversion signs.

Squid Game lookalike signs have been popping up around the UK, but police are reassuring that the signs have nothing to do with the popular Netflix series.

Thames Valley Police had to issue a statement yesterday after confusion over road work signs on the M4 hold an uncanny resemblance the ones shown on series ‘Squid Game’. The diversion signs have been spotted across the UK, including in Leeds city centre.

The road signs feature a triangle, square and circle in a row and have been linked to the popular series Squid Games, but outside of the Korean dystopian-thriller, they mean something completely different.

In the UK, the signage relate to roadwork diversions used to direct lorries while their normal routes are closed.

Thames Valley Police took to Twitter to confirm this earlier in the week. The statement said:

So, We can confirm that by following this signage from the M4 Junction 5 in @TVP_Slough will not lead you to the popular @netflix series #SquidGame.

It’s just directions for diversion routes during the roadworks…phew!”

Leeds is currently undergoing a number of road layout changes, including on the inner ring road and Regent Street, which explains the number of the so-called ‘Squid Game’ signs across the city centre.

The increase in people spotting the signs is presumably down to synchronicity. The popular show is officially the ‘most popular debut Netflix has ever released’ according to the company and has been viewed by over 111,000,000 members since its launch less than a month ago.

The Korean dystopian-survival thriller depicts a group of indebted people that are tricked into a deadly tournament of children’s games to win a huge cash prize but many come back after realising the chance of death may be their only way to survive financially.

Luckily, the mysterious signs are not bringing any gory Squid Games to life in Leeds. 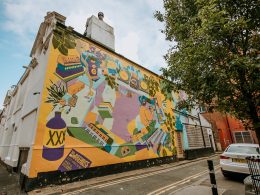 Before 10pm, the club will focus on a new live gig format
byGeorgina Pellant 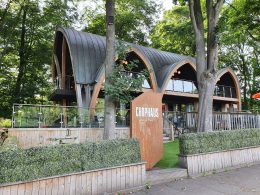 The team behind the popular steakhouse and bar are also launching their most ambitious menus to date.
byThe Hoot
3 shares
3
0
0 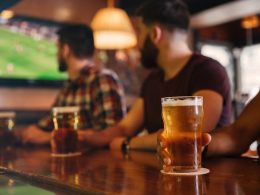 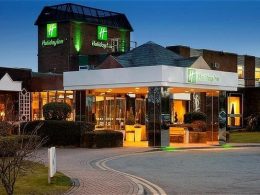