The Cincinnati Bengals and Los Angeles Rams, Eminem and Dr Dre, Snoop Dogg and Mary J Blige, Budweiser and hot dogs: whatever the combo you’re there for, it’s going to be a night to remember.

There’s plenty of Superbowl specials to choose from in Leeds.

This Sunday, the annual Superbowl event in California will be streamed around the world and regardless of whether you’re watching for the football or the half-time events, you’ll need somewhere to watch all the action from.

Here in Leeds, we’re pretty passionate about our sports, so much so that Leeds United fans have been voted the most supportive in the Premier League. Our excitement for all things sports extends far further than our home team, so naturally when the Superbowl comes around, we’re going to make a big effort to find a screen to watch it on.

Expect plenty of pints before and during the game before watching the likes of Eminem, Dr Dre, Snoop Dogg, Mary J Blige and Kendrick Lamar on the stage during the half time entertainment.

Given its a late night affair, and on a Sunday night, the occasion has called for late permits and extended opening hours to all our favourite bars. So head out, grab yourself a pint and seat and take in the game with like-minded fans at all of these spots in Leeds.

Read More: All the best bars in Leeds to watch the Six Nations matches

Serving food til 1am, it’ll be a go hard or go home kinda late Sunday night at The Box for the Super Bowl. It’s going to be a wild night and you absolutely should book a ticket in advance, this one will be heavily booked up. There’s 16 screens all in glorious high definition as well as shuffleboard, beer pong and late night pizza.

If there’s an event to be excited about, it’s Springwell’s Superbowl extravaganza. You’ll be well-fed with hot dogs and wings from Kerbside Kids, there’ll be a whole load of draught pints available and some special American cocktails. The only thing short of an authentic US experience is a t-shirt gun, but we’re told to expect some big touchdown tee giveaways. Tickets cost just £10 and include food and drink- but you’ll want to get in there quickly as they’re selling fast.

The Nomadic Beer Taproom will host a late night opening for the Superbowl in their heated winter room, so there’s no risk of shivering through the game after midnight here. Tickets cost £15 to enter but includes two pints or non-alcoholic alternatives and a buffet. The taproom will be open from 10pm on Sunday 13 February until 30 mins after game finishes in the early hours.

It’s no surprise that Walkabout will be hosting a Superbowl event. At the home of live sports in Leeds, the bar will be bringing the biggest night in American Football live to you through the TV and expect a firm divide between Cincinnati Bengals and Los Angeles Rams at this one. Booking in advance will be essential to getting a decent seat here, though you’re unlikely to be turned away if you turn up on the night as there’s no tickets for entry.

There’s offers aplenty at The Library, making it one of the best value Superbowl events in the city. Ordering on the app will result in a free plate of chicken wings between 10 and 11pm and there will be late night specials on energy-based drinks, including Firebombs as the game enters the early hours of the morning. Get into the true American spirit and prebook your seat with Budweiser buckets of 6 – 12 beers, a bottle of Smirnoff or you can keep the beer flowing all night with a beer tower or five litre keg of Brewdog.

One of the most popular options for the Superbowl showing has already sold out of its original tickets, but you can add yourself to the waitlist for this year’s Superbowl shoeing at Belgrave. There’s good reason for the sellout too: the bar will be serving all american beers, chilli dogs and loads of veggie and vegan alternatives inspired by the US games. Tickets have a strict 15 minute window, so make sure you take your seat between 9 and 9.15pm otherwise they’ll be offered out to those waiting.

Mojo is all about combining shabby New York City dive style chic with great cocktails and music from the last six decades but for one night only, the bar will be showing the Superbowl in true NYC style. As the bar is usually open until 4am, so the won’t be any yawns behind the bar- but the difference here is that Jack Daniels NFL Cocktails will be on sale.

As a student-favourite, The Royal Park can be found in Hyde Park serving up inexpensive drinks with all the sporting action live on TV. This classic pub will be serving up pints all night long and offering the chance for you to order Budweisers by the bucket and play a few games of pool if you get bored of the 56th Superbowl- though we doubt that’ll happen. 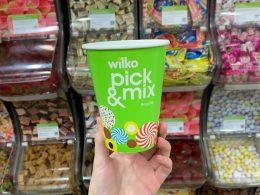 Half price Pick & Mix deal is back at Wilko stores

All you’ll need to do is pick your choice of cup, fill it up to the top with your favourite sweets chocked inside.
byThe Hoot 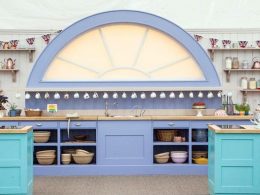 Britain is celebrating the Queen's Jubilee with a Bake Off style challenge to find the perfect pudding.
bySophie Smith 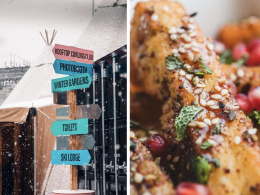 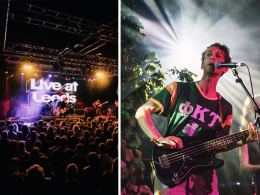 Everything you need to know about Live at Leeds: In The City 2022

Live At Leeds Festival is back this weekend, and bringing over 150 artists to Leeds city centre. From…
bySophie Smith