Kevin Sinfield is no stranger to pushing the boundaries.

In the past year, the Leeds Rhinos player has completed a 101 mile run in 24 hours; ran 10k with Rob Burrow and in 2020, the sportsman ran seven marathons in seven days, raising over £2.7 million for charity.

Now Sinfield has announced that he plans to run from Murrayfield Stadium in Edinburgh to Old Trafford Stadium in Manchester, spanning across seven days.

The ‘Ultra 7 in 7 Challenge’ will see the former Rhinos captain to run over 60 km each day in order to reach the destination in time, and will travel through Melrose, Newcastle, York, Bradford, Middlesborough and Leeds before arriving in Manchester.

The idea is that Sinfield will reach Old Trafford at half-time during the men’s rugby league World Cup final on Saturday 19 November, having set off six days prior on Sunday 13 November 2022.

Having already raised a whopping £5.5 million for charity from previous challenges, this time, Sinfield aims to raise a further £777,777 for people living with MND.

The pair played together for Leeds Rhinos. Sinfield played for the team for 18 years and Burrow, 16.

Sinfield told BBC Breakfast this morning that he “want the MND community, Rob, Doddie, Stephen and Ed to know there are people willing to go to some dark places for them”.

The challenge will see the money donated split between five different charities that work to support people affected by Motor Neurone Disease.

Two years after his retirement in 2017, Rob Burrow was diagnosed with Motor Neurone Disease, a life-changing condition that affects nerves in the brain and spinal cord.

So far, Sinfield has raised just over £3000 since the announcement less than 24 hours ago, and it is expected this number will only continue to increase as the challenge date looms closer.

You can donate to the Sinfield Ultra 7 in 7 Challenge via the dedicated Give As You Live Page here.

Marks and Spencer has launched a steak and cheesy chips pie 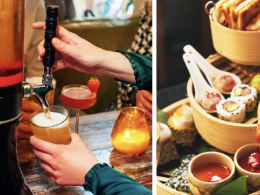 Issho, Cuckoo and Taag voted as best bottomless brunch in Leeds for vegetarians

50% of all Issho's bottomless brunch options are vegan and vegetarian.
bySophie Smith
1 share
1
0
0 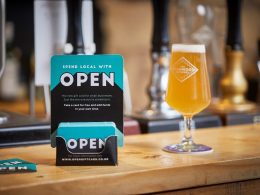 Sounds like a dream job if you ask us.
bySophie Smith The Queens Hotel has made it on to the The Sunday Times top 100 Best Places to Stay guide after £16 renovation of bedrooms and lobby.
bySophie Smith