Leeds has officially been knocked out of the running to be the host city of the 2023 Eurovision Song Contest.

The BBC has provided an update on the bidding process for the 67th Eurovision Song Contest today, and has now confirmed that two cities, Glasgow and Liverpool, remain in competition to be the 2023 Host City.

Leedswas one of seven potential host cities announced back in August.

But after what the European Broadcasting Union (EBU) has called a “detailed assessment process”, these seven cities have been reduced to two, and further discussions will now take place with officials from Glasgow and Liverpool to determine who will get the hosting nod.

A final decision will be made “within weeks”.

Martin Österdahl, Executive Supervisor for the Eurovision Song Contest, has thanked the competing cities for their cooperation over the past few months.

“The EBU would like to warmly thank all the seven British cities that put so much effort and enthusiasm into their bids to host next year’s Eurovision Song Contest on behalf of Ukraine.

“We very much appreciate their cooperation and the quality and creativity of all the bids received.

“The Eurovision Song Contest is the most complex TV production in the world with very specific logistical requirements to accommodate around 40 delegations and thousands of crew, volunteers, press and fans, and we’re confident our final two cities are the best placed to meet this challenge.

“We look forward to continuing our discussions to choose the one which will stage the world’s largest music event next May.”

Obviously gutted Leeds didn’t make it through to host Eurovision, but so so proud of our team who worked on the bid & luckily we’ve already so much to look forward to next year with @LEEDS_2023! Either Glasgow or Liverpool are going to put on a brilliant show for Ukraine. 🇺🇦🇬🇧 pic.twitter.com/x52EVtCvzH 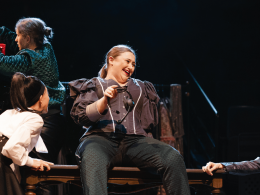 Having recently grabbed headlines after a complaint about the Yorkshire play having too many Yorkshire accents, As You…
bySophie Smith
17 shares
17
0
0 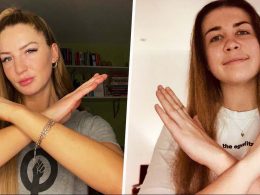 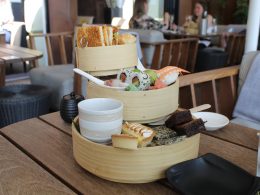 If you love a bit of bottomless, this is definitely one to put on your list.
byGeorgina Pellant 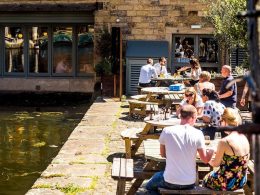