“Were you in a rush to make it home before midnight? Did your Uber turn into a Pumpkin?”

There’s been a real life Cinderella story going on in Leeds this week- lost shoe and all.

If you’re a familiar face at The Watermark Bar, you’ll know that it can get a little chaotic in there on a Saturday night.

In a good way of course, but you really never know what to expect here. Will the entire bar be a giant pillow fort and turn up to the sight of Leeds party-goers dancing in their dressing gowns? Or will there be a no-context chocolate fountain placed in the middle of the room?

Last Saturday, unfortunately none of those were actually a part of the nighttime activities at the bar, but things did get pretty hectic for one individual.

So much so that one customer left his shoe in the bar.

A single shoe- and not just any shoe, a Croc.

According to the Watermark, this is what happened- and it’s hilarious:

“It was a wild Watermark Sunday, I wasn’t in the bar that night but Dman (our Sunday DJ) was up to his usual mischief. You know its a good night when you lose a shoe.

“Well the next day I swanned in and right under the table was the lonely Croc. Obviously it belongs to a chef (i hope). Our lost property gets a bit chaotic at times and there is no way we were going to hang on to one lonely shoe.

Read More: This Leeds bar is hosted a pyjama party to celebrate its third birthday

“So a nice like Jack Bauer 24 style hostage situation seemed to be the way to find its owner.”

What are the chances of anyone coming forward- surely if you lose a Croc on a night out you’re probably not going to remember where, let alone tell the internet it’s yours and travel all the way to the city centre to collect it?

No. Not one person was willing to make the effort. But three. The Watermark had a three Spiderman situation (and of course they used this to illustrate their point).

Read More: The Leeds bar serving charcuterie boards and crumpets until 4am

Turns out they were all tracking down the Croc for the same person.

The Watermark Bar have been laughing about the situation ever since: “funnily enough the 3 people who came forward for the shoe all were just trying to rescue it for the same person. He collected it today.

“It happened one time before also…”

The last Cinderella story for the bar dates back to pre-Covid times when the bar announced:

“Found this beast in the bar last week. A lovely, lonely Doc Martin belonging to a female foot. Can only wonder where the other one got to. ⁠ Were you in a rush to make it home before midnight? Did your Uber turn into a Pumpkin? ⁠We can’t promise you a Prince Charming but we can give you your shoe back at least⁠.
⁠
“Any takers? Anyone? Going once… Going twice…⁠”

Alls well that ends well, the Croc is back with it’s other half and the rightful owner is assumably pleased to have tracked it down. It’s the hilarious comedic value that The Watermark Bar has added to the unusual situation that made this one of our funniest finds of the week- and if we’re honest, obsessively checking Instagram to find out the next instalment.

If you head over to The Watermark Bar over the next week, you’re unlikely to find any mystery shoes, but you will find charcuterie boards and crumpets until 4am.

Saying they needed to "understand why opportunities to better protect Star were missed", they added they "deeply regret" missing warning signs that could have saved her life.
byThe Hoot 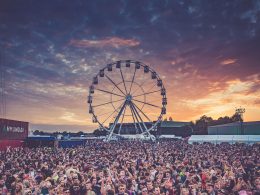 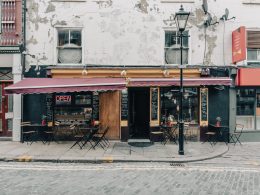 Urgent calls for Rishi Sunak to ‘wake up and help’ hospitality as pubs face ‘lockdown by stealth.
bySophie Smith 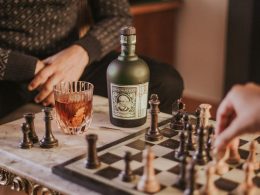 The Watermark is transforming itself into a rum and chocolate heaven, hosted by Diplomatico Rum & Chocolate.
bySophie Smith